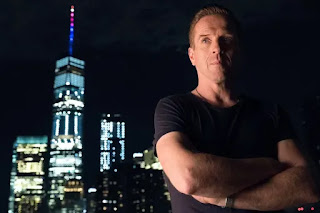 Download Billions Season 3 Episode 2 'The Wrong Maria Gonzalez' for free below.
While Axe and Taylor panic, Dake and Bryan’s case against Axe Capital gets thrown for a loop, and the way it happens is classic Billions.

Bryan and Dake believe they have their key witness all ready to testify when they confront Maria Gonzalez, one of the women who was paid to taint her own Ice Juice.

When Maria, who’s also Victor Mateo’s maid, shows up late for her job, he gets suspicious and immediately tells Axe about it.


Axe turns right around and begins making moves, and that leads to Maria getting detained by ICE. When Bryan and Dake head to the holding center to get her, they have the wrong Maria Gonzalez.

Their star witness is on a plane back to Guatemala, and their last hope of keeping her in the U.S., the attorney general, is in no way sympathetic to their cause, or immigrants in general.

Now, they’ve lost the person they desperately needed, and they’re still stuck with a judge who won’t be very sympathetic to their case either.

That’s where Chuck comes in. Dake may not be one to bend the rules, but Chuck’s always loved wading into those murky waters. He ambushes Fundt and calls in his favor, but he doesn’t do so angrily.

Instead, he grovels. He says he just wants Fundt to step away from the case. The judge agrees, and that means Dake and Bryan at least have a chance, even without the real Maria Gonzalez. The question is, what did Chuck truly give up?

What cost is he willing to accrue in order to put Axe away? It feels like there’s a lot more to this judge story to come.

With Maria Gonzalez taken care of, all that’s left for Axe Capital to turn the day around is Taylor making a sound decision on Brazil for the firm.

With Axe mad that they didn’t see the tsunami coming — Taylor admits that they didn’t think about the earlier earthquake in the area the way Axe might have — Taylor is unsure of what to do. They’re second-guessing everything.

Eventually, Taylor comes to a decision, making a risky play on a new type of investment brought to their attention by Ben Kim, who’s also too unsure of himself to pull the trigger.

It’s a high-risk play, and Axe Capital still turns a loss for the day, but it could have been worse, and it could pay off huge in the future. That kind of move is something that Axe respects, and he tells Taylor as much.


He comes back to the office and tells them that he won’t pull the $2 billion. Also, after Taylor tells him that they’re willing to use some outside investors, which essentially allows Axe to have his hand in that money anyway, he comes to a realization.

“I’m your hedge,” he says. He’s both admiring of and threatened by Taylor. The power plays are piling up already, and that’s without even mentioning Axe flying his kids to little league in a helicopter.