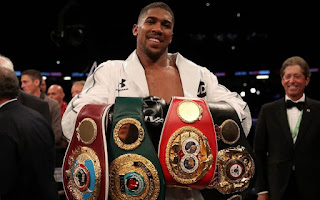 The British star Anthony Joshua added the WBO belt to the WBA and IBF belts he already holds, but he was taken the distance for the first time in his professional career.

Anthony Joshua, almost a stone lighter than when he beat Carlos Takam in Cardiff last October, did enough without setting the fight alight, while Joseph Parker had his moments, even if an upset victory never looked on.